In my lab, I’ve got a couple of PowerEdge R610’s that include iDRAC interfaces for lights-out management. Unfortunately, the remote console is Java-based. They’re older servers (using the iDRAC 6 interface), and I hope that newer versions of the iDRAC console look more like 2016! The interface on my iDRAC 6 boxes is awful.

I’m a heavy OS X user, and as such I regularly run into problems with software that was designed with only the Windows user in mind. Using the remote console tool in my version of the iDRAC interface is a perfect example of this.

I’ve never even seen this on a Windows machine, so it must be the case that the Java Web Start application on Windows knows how to handle this. But in the case of OS X, everything goes sideways. The extension isn’t recognized as .jnlp because of the additional periods in the IP address. OS X thinks this is a .12@atm-wi[…] file because it’s grabbing everything after the last period. As such, I can’t open the viewer without renaming the file.

For quite a while, I just dealt with this as another one of those things that I deal with for going against the grain when it comes to OS of choice. Each time I downloaded a new viewer, I would just go into my Downloads folder and rename the file, then launch it. But this morning I decided I didn’t want to deal with it anymore, so I came up with a fix.

Hazel, To the Rescue

If you’re an OS X user and you’ve never heard of Hazel, you’re missing out. Developed by the one-man team at Noodlesoft, Hazel is like a local IFTTT or Zapier. It’s mostly built for handling files, but you can have it kick off Applescript, Javascript, shell scripts, and more. Which means that really you can use files as triggers to automate just about anything with Hazel.

In this case, the fix is pretty simple. Chrome puts files that I download in my Downloads directory, so I just created a Hazel rule to watch the downloads folder for new remote console viewer files and rename them so that they work correctly. I tried to do this a while back with version 3 of Hazel, but I had a hard time because the filename is wonky and I couldn’t get the pattern matching right. Version 4 of Hazel was recently released, and it includes the ability to preview rule matching. Using the previews, I was able to make the correct rule in just a minute or two. But, I figured I’d share what I’m doing and save you the work. So behold! My Hazel rule for making iDRAC less of a pain to use on Mac.

This correctly identifies and renames these files to ‘iDRAC-Viewer-[increment counter to ensure uniqueness].jnlp’ Now after downloading, I can just go run the file like normal without screwing around with it 🙂

Something I have learned over my career as a consultant is to back up everything before performing an upgrade, and then back it up again another way 🙂 There’s nothing worse than an upgrade going sideways and having no way to back out. Also, if you’re doing any sort of work in an enterprise setting, furnishing a back-out plan before you begin may well be a requirement. This is to ward off extended downtime and potential financial loss as a result. As deploying the vCenter Server Appliance (or whatever we’re calling it now…) becomes the de facto method of deploying vCenter, a Windows admin can sometimes no longer pop into SSMS and fire off a quick backup of the database. Especially as of version 6.0, the embedded vPostgres database is capable of handling quite a large environment, so more folks are opting to use it. As such, I’m going to go over how to grab a backup of it. It’s good practice to do this regularly if you aren’t getting a backup of it another way, and I also recommend doing this before any sort of upgrade (as I’m doing now). Here we go!

END_OF_DOCUMENT_TOKEN_TO_BE_REPLACED

Vagrant is neat if you need a whip up a machine to quickly test a script or check compatibility on an operating system that is different than what you normally run. And the value of that isn’t to be minimized. But some of the real power of Vagrant happens when you start to stand up full environments (think 3-tier applications or large scale web server farms) in a repeatable, effortless way. In Hashicorp Land, this is specifically referred to as a “multi-machine” environment. Any Vagrantfile that defines and controls multiple guest machines qualifies for this descriptor.

Building a Vagrantfile that will configure a multi-machine environment is as simple as defining multiple VMs with the parameter config.vm.define. In the below example nabbed from Hashicorp documentation, one case see that an Apache front end and MySQL back end are both defined.

Once the VMs are defined, configuration takes place by using the inner variable with the same name. In the example, web.anything and db.anything will apply configurations specifically to that machine. Global configurations can still be defined and will apply to all VMs. When configuring a multi-machine environment, it’s important to consider the load order of a Vagrantfile. I covered this in Part 3 of this series, but just to quickly recap, the load order is:

As the Vagrantfile grows and a large number of machines are defined, it can become a bit of a mess. Scott Lowe wrote about an idea he found over on this blog that breaks all the configuration data out into a separate YAML file. You could also use JSON or XML if you’re more comfortable with that, as in this example. 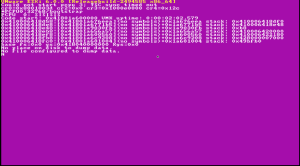 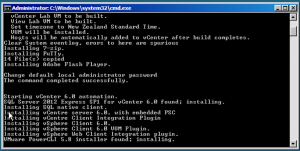 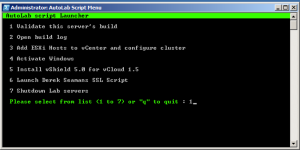 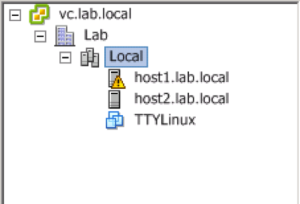